You may wonder why anyone would bother to write a book about valves in this day and age. Many amateurs are of the opinion that valves are an obsolete technology and semiconductors are a better way. That may be true for some equipment, but in reality semiconductors are really just a convenient alternative way of making items more compact for some applications. When the power levels are much higher they also have certain disadvantages for the home constructor. Although RF power amplifiers widely use semiconductors they are tricky devices to use. They also require a high level of expertise and a lot of sophisticated test equipment to get them working correctly. When the cost of some of the modern high power semiconductors are investigated, then they look a lot less attractive.

Recently, a new line of high power linear transistors appeared on the market from NXP. The short form data looked impressive so the detailed data sheet was obtained to see what they can really do. Having studied it in detail the devices didn’t look so attractive. When an enquiry was made to price and availability it was found that for the cost of just one device one could buy two Eimac 3-500Z triodes, which would out-perform the NXP device.

When you need real power and very good linearity a valve is very hard to beat. Semiconductors can deliver high power and offer similar linearity but they often will not tolerate the abuse that a valve will handle. In high power broadcasting transmitters used around the world the predominant devices are still valves. For applications such as radar, although some utilise semiconductors today, these are generally the lower power systems. When brute force power is required there is no substitute for a valve.

The valve industry today is but a former shadow of the heydays of before and after the second world war and many of the older companies moved on to to greener pastures. But there is still a healthy number of the companies specialising in the high power industry and still making some of the traditional valves which gained widespread acceptance. In audio amplifiers, although the general public flirted with semiconductors, the real enthusiasts have rediscovered valves and this is a thriving business. Very often a valve audio amplifier just sounds better than a semiconductor type.

The writer was brought up on valves, the technical colleges in that era taught valves as part of the syllabus and they were widely used in the industry. There are some things you can do with valves for which no semiconductor exists, even today. If one examines radar transmitters, to obtain a pulse power of 10MW at 3GHz is relatively simple using a big magnetron, but very difficult if not impossible with semiconductors. The technology hasn’t got that far yet and most likely never will.

In amateur radio transmitters, semiconductors are somewhat limited in what they can achieve. Although they are smaller and lighter they have certain Achilles heels. One is that semiconductors are quite fussy about the load impedance of the antenna. Modern HF transmitters almost exclusively use push-pull wide band amplifiers operating from low DC voltages. Because of the design of the output networks they are intolerant of mismatched antennas. To cater for this inherent problem they need an additional antenna matching unit to correct the problem. If an older HF transceiver using valves is used often the ATU isn’t required and it will happily work into an SWR of 3:1 without complaining. This is because the traditional pi tank output stage can be adjusted by the operator to compensate for the antenna mismatch condition. It has an inherent ATU in the output stage. Only if the SWR is too high for the pi network to compensate will an external ATU be necessary.

When it comes to linearity a valve is better suited when very high linearity is essential. Linearity is primarily a function of the power dissipation of the device and the supply voltage. This is very apparent with semiconductor devices. 12V devices inherently cannot be linear beyond a certain point. 28V devices are better and 50V and higher devices are better still. When you use 150V semiconductors they are beginning to equal valves and the 300V MOSFET devices are about on par with a valve, but inherently less efficient in converting DC power into linear RF power. If you need lots of power you need lots of transistors and a big power supply. The very best current linear RF transistors, when very low IMD performance is essential, are about 45 to 50% efficient. For high power stages this translates into lots of heat generated. A 1.5kW output solid-state linear dissipates about as much power in heat as it puts into the antenna. Hence, the DC input power is about 3kW.

For some complex digital modulation techniques, such as 16QAM, the linearity required is very high. In IMD terms –50dBc is sometimes not good enough. For analogue colour television transmitters –55dBc is about the worst you can use before picture degradation becomes apparent. Fortunately, for amateur SSB transmitters, –30dBc is usually acceptable, but the side channel splatter may still be a problem on a crowded band full of strong stations.

It is not that semiconductors cannot achieve the sort of linearity required: they can, but the complexity and cost is normally too high a price to pay for a hobby like amateur radio. There are specialised techniques using feed forward and other methods to achieve good linearity, but all of these methods are complex and very critical in setting up. The writer spent a fair proportion of his professional career designing solid-state very linear amplifiers. He also dabbled in a few high power valve linear amplifiers professionally and they were much less effort to achieve the required specifications albeit, for the user, they are not everyone’s cup of tea. When the requirement is for a 10kW PEP amplifier you are pretty well forced to use valves.

When some military applications, such as frequency hopping, are considered the use of solid-state amplifiers makes it simpler to achieve an end, but the performance isn’t as good as a valve could achieve. The problem is not the valve but the control mechanism. This is often too slow to alter the settings in the time available for fast hopping. If the hop speed is very slow it is possible, but above about four hops per second the required servo mechanisms simply cannot cope.

Amateur radio operators don’t currently use frequency hopping techniques. Rather they use quasi-fixed frequency types of operation, where they remain on a certain frequency for lengthy periods before moving to another frequency or band. In this case the necessity of having very frequency-agile transmitters and amplifiers is not a requirement. Also, the antennas are generally not the wide-band types required by military frequency hopping systems. When the hop-speed is 200 hops per second it gets tricky! So, for amateur radio operation, changing bands often requires some operator adjustments to be made. Is it perhaps we have become lazy or have lost the ability to make adjustments?

This book is an attempt to re-educate amateurs about valve technology. Unfortunately, the art and necessary knowledge was thrown in the dustbin with the new amateur examinations and now only older amateurs have had any experience of using valves. There is a certain aura about valve equipment, the glowing filaments and the gentle buzz of a high voltage power supply are a sort of magic few have had the pleasure of knowing.

Tony Hancock, in his famous television comedy series in the earlier days, had an episode entitled The Radio Ham which perhaps summed it up nicely. Having rushed home to his one bedroom flat clutching a pair of new valves for his transmitter he said: “We’ll soon have you plugged in and the watts throbbing through your filaments and glowing brightly, carrying the thoughts and words of mankind to all four corners of the world. Aah, a 19DS/87B, a wonder of modern day engineering, there is nothing like it!”

Sadly, his attempt to poke fun at the ham radio hobby backfired and drew a lot of adverse comments from amateurs. 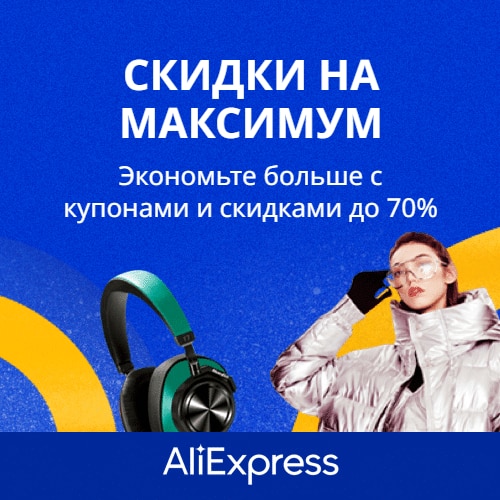